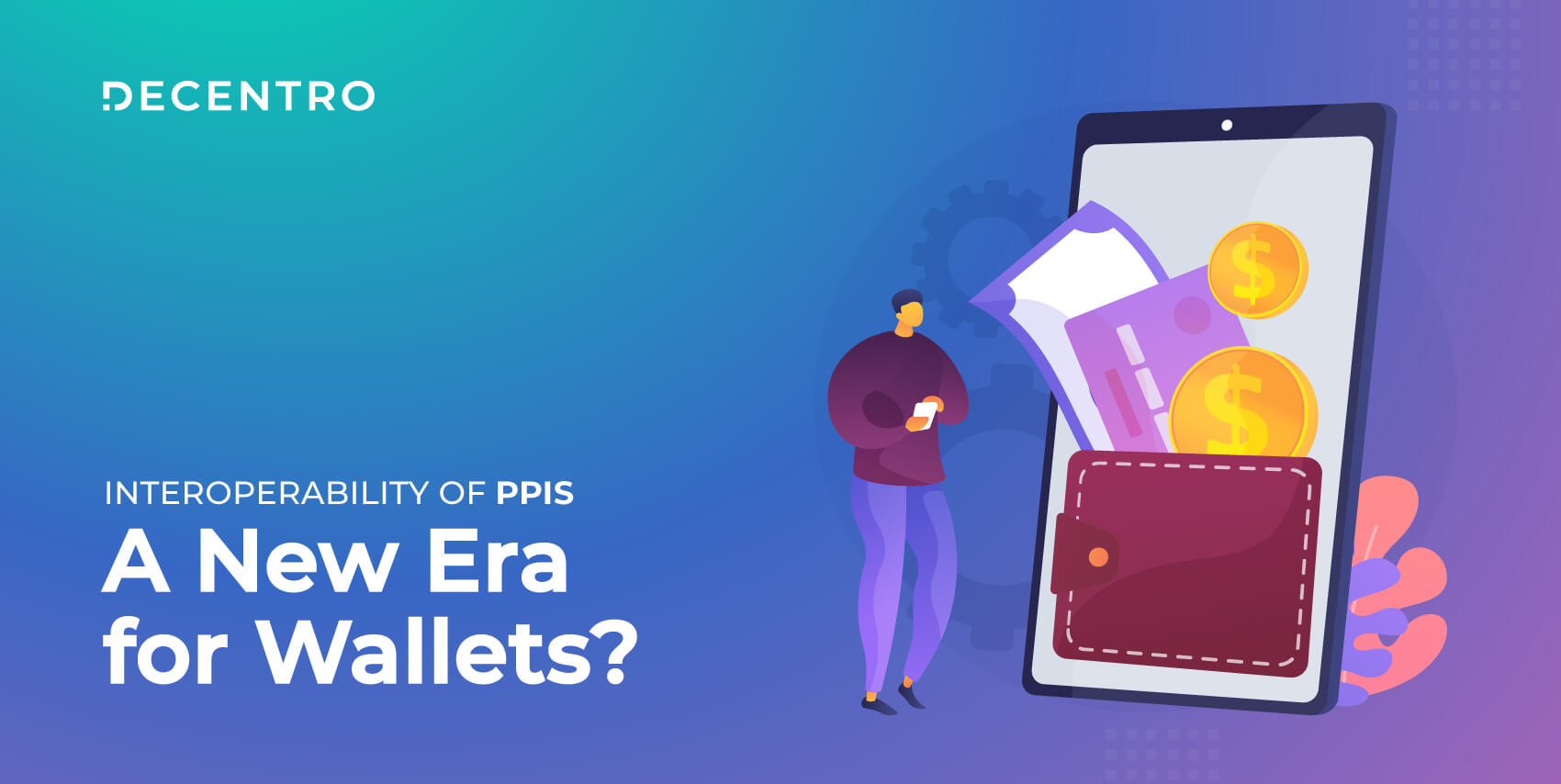 What are wallets? How are they transforming the payments landscape? How crucial is interoperability of PPIs?

“I got 50 Rupees of cashback in my PhonePe wallet’ – cried my niece after completing a transaction.”

“I am so pampered by the cashback from PayTm that I expect it from everyone,” mentioned a friend of mine.

“I got a 10,000 Rupee Amazon gift card!” – exclaimed my cousin on finalizing a deal for her company.

Diverse scenarios – something common. What’s that?

During demonetization and pre-UPI days, those who were there remember the wallets used for mobile recharges, shopping, etc. Heck – some even used it to transfer money to their bank accounts without any balance in their bank account and use the cash offline. Smart, eh?

That said, everyone seems to have a wallet these days! Almost every leading consumer internet platform has a wallet – Amazon, Flipkart, Paytm, etc. Even metro transit players like BMRC & DMRC (Bengaluru & Delhi, respectively) have their own wallets, which people swipe while traveling.

But what exactly are wallets? Let’s deep dive into a very interesting space.

Wallets are just a variant of a product called Prepaid Payment Instrument (PPI).

PPIs are basically an instrument similar to credit cards that are used to facilitate payments to businesses, consumers, etc., except they come pre-funded, at least in some cases. They came into existence when RBI introduced PPIs as part of the Payment and Settlement System Act 2007 to encourage digital payments in a country known for its cash-intensive nature.

Prepaid instruments are designed to hold funds as a store of value funded by an individual or business for a specific purpose. PPIs are typically issued to consumers or businesses by platforms looking to facilitate digital transactions through swipes (POS machines), online (Payment Gateway), UPI payments (Scan n Pay), or for payments to other customers (Wallets).

The earliest PPIs launched globally started as Gift cards in the USA by leading retail chains. As they expanded globally, they became extremely popular to include other use-cases like expense management, benefits transfer for welfare schemes, etc. Soon enough, PPIs were knocking on Indian shores as well, competing with food coupons (Sodexo!) or the traditional paper-based gift cards.

So, you might wonder, how come we have so many examples of one product? Well, PPIs are classified into one of the below categories.

Can Anyone Issue PPIs?

While we have gone through the various wallet types, let’s understand a bit more about who can issue. PPIs, except Closed systems, are issued by PPI license holders only, which requires a license to be approved by the RBI. Most leading Indian banks have a PPI license. In addition, most popular wallet companies like Amazon Pay, PayTm, Mobikwik, PhonePe are license holders.

Does this mean that only PPI license holders can issue a wallet?

Are All PPIs Virtual Cards?

PPIs can be issued as a physical or virtual card but they have a virtual wallet always in the backend. A wallet is an underlying instrument that holds money. A card is just a conduit to conduct the transaction on a Point-of-Sale (POS) machine, digitally on a payment gateway, or using UPI. PPIs can be purely virtual, as in the case of popular wallets like Paytm or Amazon Pay.

Is a PPI Different From A Credit Card?

While functionally, a PPI appears very similar to a credit card in terms of usage and even cash withdrawal, in the case of credit cards, the funding comes directly from the bank that is issuing the card. PPIs, however, can be designed for a 3rd party like Vistara Airlines or Croma Retail to issue one to a customer. Also, credit cards are always a Full KYC account.

What is the Impact of KYC on Payment Instruments?

RBI allows PPIs to be issued with minimum hassles called a Small PPI that can be issued. Small PPIs are designed for minimal usage and require the customer to provide basic information like a mobile number and a KYC ID number. With a detailed KYC like biometric or Video KYC, a wallet is converted into a Full KYC PPI which unlocks the true power of a wallet as below.

Is there any benefit of doing Full KYC? Yes! Full KYC unlocks the full potential of a wallet, including transfers using UPI transfers like paying to a VPA (UPI ID) and QR-based payments (QR code) and facilitating higher transaction limits. In addition, the same customer can have multiple wallets with a PPI partner, powering different use-cases within the same program.

What does KYC have to do with UPI? A lot! As of August 2021, RBI mandates all payment systems (PPIs) to facilitate interoperability across wallets for Full KYC wallets. Basically, this means I can transfer funds from my PayTm wallet to my Amazon Wallet using UPI or directly using the PPI rails. This mimics what we already do with Fastag, where we can recharge a wallet by Axis Bank on Amazon Pay.

Yes! As per the RBI direction, all Full KYC wallets will need to be made interoperable. This will help customers optimize their payments and spending across wallets using UPI or PPI rails directly. The most significant benefit of this is this it will allow UPI-based payments through PPI, i.e., payment to a merchant using UPI. And this is expected to kick in from April 2022 for all Full KYC wallets.

Is there any network involved in PPI? Yes! Similar to the credit card networks – Visa, Mastercard & Rupay, PPI wallets are built on the same networks. As of now, PPIs can be issued on Visa and Rupay networks in a virtual or physical format. We expect Mastercard to be back soon once they comply with the RBI data governance guidelines and receive a formal confirmation from the RBI.

Are there benefits of PPIs over direct payments? A lot! Due to their regulated nature, PPIs allow platforms to control where the funds are being used, including setting up transaction limits, authorizing transactions, allowing or blocking merchants, etc. In addition, the platform issuing the wallet with the license holder also stands to make interchange income.

Do we get any income from PPIs? Yes! A key USP of PPIs over direct payments is that the platform facilitating the wallets stands to make interchange revenue whenever the wallet is being used at a POS machine or on Payment gateways. This revenue is called ‘Interchange Fee’ and is shared with the platform by the PPI license holder, thus opening up a new revenue stream!

Are There Any Popular Use-cases For PPIs?

PPIs are now mainstream with numerous Fintechs powering a variety of use-cases spanning Buy Now Pay Later, popularly known as BNPL, and Credit Line products backed by a lender routed through a PPI-based wallet. This is in addition to the traditional expense management and wallet use-cases discussed in detail above.

Can Platforms & Fintechs Get Started With PPIs?

PPIs are being used by numerous Fintechs and platforms like Uni, BharatPe (PostPe), Fampay, Akudo, and numerous other neobanking apps & other platforms already. Platforms can go live by integrating with Decentro by partnering with one of the multiple PPI license holders on a co-branding basis across one of the card networks.

Decentro has integrated with multiple PPI license holders in the backend to provide a single source of seamless integration to its customers. Customers can go live with an issuer and network of choice and leave all the operational hassles of going live and the mechanics of co-branding and approvals to Decentro!

What’re the Benefits of Working with Decentro?

Decentro provides a seamless and quick way of going live with wallet infrastructure spanning lending, payments, neobanking, expenses, etc. Decentro will program manage the entire integration and help get the requisite approvals from its partners. And customers need to do just 1 simple integration with us! That’s it!

So, what are you waiting for? Are you looking to build your own ecosystem of products where you can deliver a superior customer experience?

We are here to help you!

Drop us a ‘Hey’ at hello@decentro.tech!

I am a Fintech & Product guy. Heading Product for Decentro, an API banking platform. Built and scaled teams across Product, Data, Partnerships in the Fintech space. I have built Product teams in the Fintech & B2B space from scratch and launched products spanning Lending, Payments, Neobanking, Banking services. I co-founded The Product Tree, a non-profit community for Product enthusiasts and mentored 100s of individuals directly and indirectly through the community. 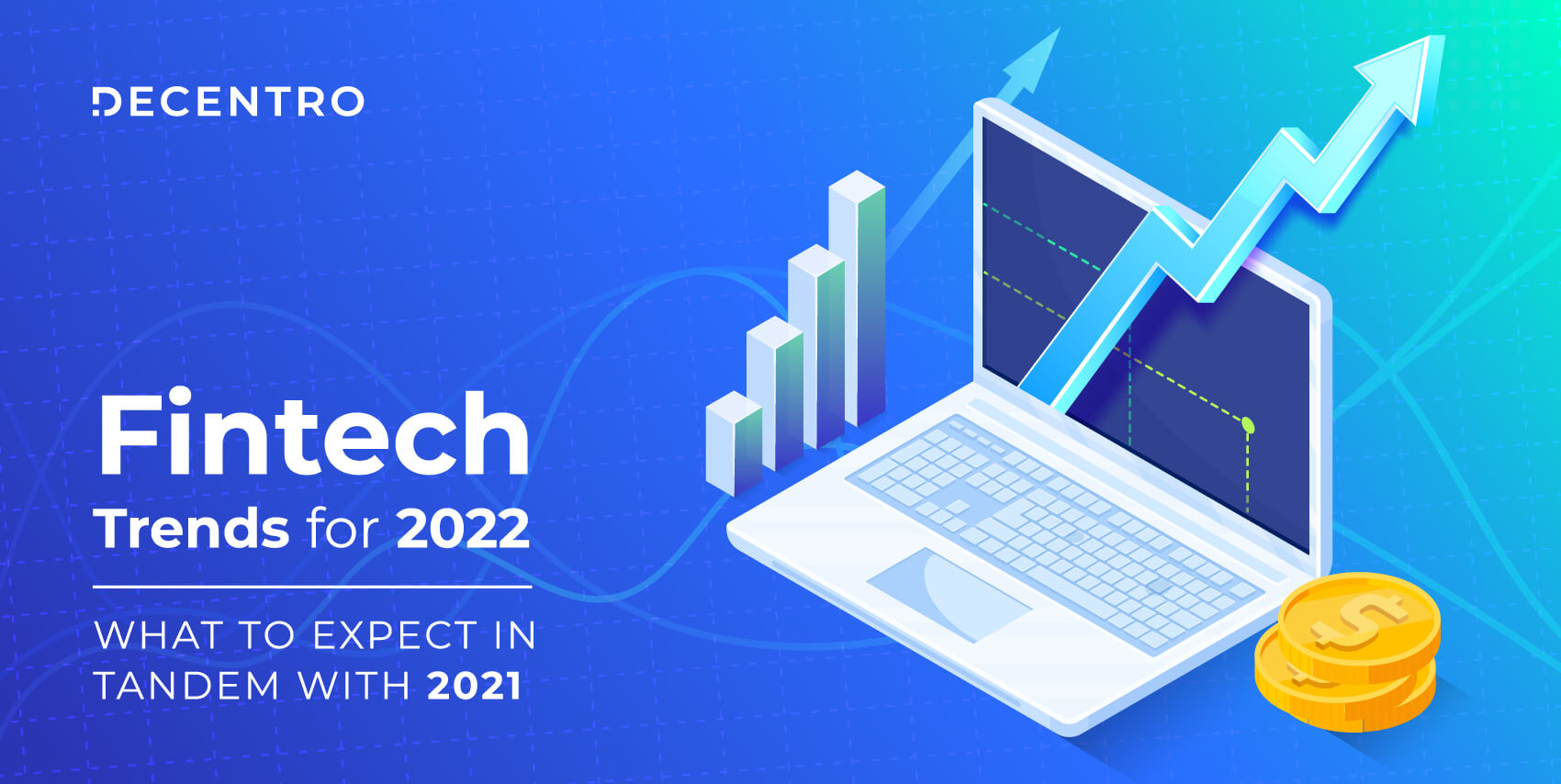 What has been buzzing in the fintech industry over the past year? What can we expect going forward? Let’s recap & evaluate! 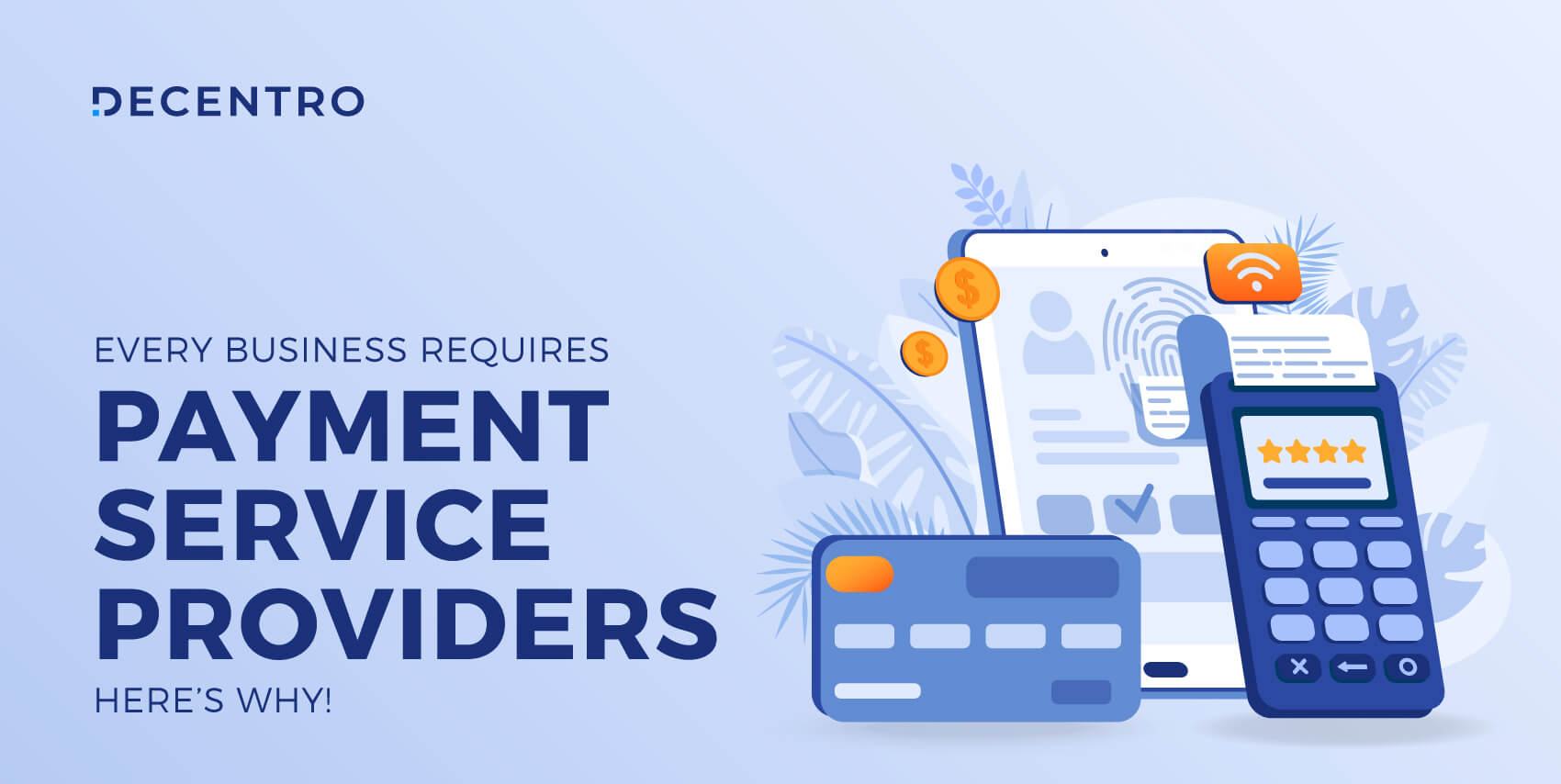 What You Ought To Know About Payment Service Providers

What are Payment Service Providers? How do PSPs work? Learn how you can power up your PSP platform today.